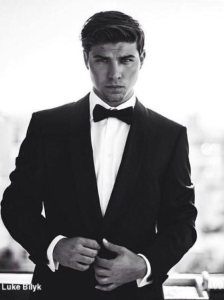 Luke Bilyk is well established in his field of film & television. He has a passion for acting, which began at the early age of five.
Born November 10, 1994 in North York, Ontario Luke is a Canadian Actor best known for his role as Drew Torres on the Award winning hit TV show Degrassi (The Next Generation). Luke began in season 10 filming 5 incredible seasons (2010-2014) 2015 Lost Girl Series lead actor as Mark on the Emmy-Award winning Prime Time series, Lost Girl Season’s 4 & 5. Adam’s Testiment Airing 2016 Role of Adam a fantasy thriller feature film playing a young musician whose life is turned upside down. Luke also enjoys being behind the scenes; credited on IMDB as co-producer on three short Films “Where Love Takes you” “Cycle of Broken Grace” “Little White Lines”. Luke’s ethic background is Italian, Ukrainian & German with a Jewish heritage going far back to his great-grandmother (Amanda Siegel). Luke is a BIG supporter of the World renowned organization “Free the Children” Luke has been to three 3rd world Countries India, Haiti & Nicaragua.. lending a helping hand along side his Degrassi co-stars in building schools, assisting in setting up a water filtration system in the poorest regions in the Country. Luke’s love for sports is how he fills his down time. He enjoys playing in a hockey league as well as being part of a soccer team, he is proficient on drums, has his gun licence (restricted & non restricted), Open Water Divers License, & motorcycle licence. Luke has been cast in an upcoming comedy TVSeries The Wonderful Wayneys (Family Channel) alongside 90210 Jason Priestley & Molly Ringwald, The breakfast Club. Luke cast as a series regular lead actor Adam Wayney. With 26 half-hour episodes to DHX Television for Spring 2016.The future is bright as Luke continues his passion for acting in Film & Television. Follow on Twitter @lukebilyk1 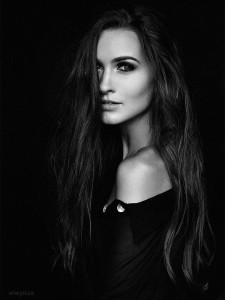 Delaney Holley is a twenty-four year from Renfrew, Ontario. As Miss Intercontinental Canada 2014, Delaney travelled to Germany to participate in the Miss Intercontinental pageant, among 73 nations. Delaney placed 4th runner up and received the Miss Congeniality 2014 Award. Delaney’s dream is to establish a platform to create positive change. She wants to achieve this through helping others to ensure influential messages are heard, both locally and globally. Delaney graduated from the University of Ottawa with an Honours degree in Communications and Minor in Arts Administration. Delaney loves to spend time with her family – making maple syrup, and following her musical passion through singing, songwriting and performing with her two sisters as ‘Holley.’ She strives to maintain a balance of professionalism, confidence and optimism, while focusing on a varied lifestyle that includes work, education, mental and physical wellbeing and volunteering.
“To me beauty is happiness; it is a gesture, a smile, a kind word, and compassion. Beauty is not only something visual, but also something that can be felt.” Delaney is also model; was 1st runner up in Top Model Search Canada 2014 and is leaving for Milan this September to pursue her modeling career after being scouted at TMSC.