On a last minute whim, I managed to get into the Grey Cup Parade in Regina thanks to Diawri-Nissan Infiniti!

I was up very early that day but it was really cool because I got to see the floats that the other Nissan vehicles were pulling which were nothing except spectacular!

My dad drove me in a brand new Murano that was covered in CFL! I kind of wanted to take it home with me to be honest! 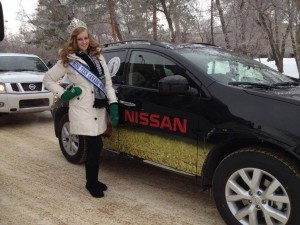 There was a sea of green the entire stretch of the parade and it was -35 outside!! But despite the weather there was nothing but smiles! 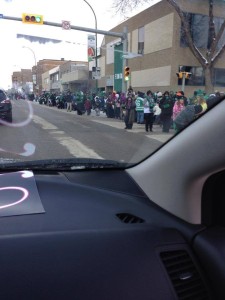 It was such an honor to be a part of a such an incredible and historic event! I have never been so proud to be from Saskatchewan and to be a Rider fan <3 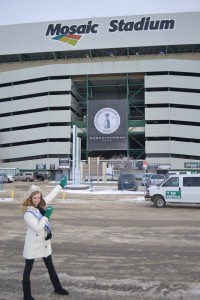