Posted on October 5, 2014 by Francesca McFadden

Backstage: I remember being backstage with 56 ladies all done up and ready to go, well as ready as you can be going out into a crowd of people of that number. We were dancing and laughing-nervously-while the intro music was playing, all of us were excited for the opening number song to begin and for the Top 20 to be called. I moved to the far curtain of the stage and saw my family in the left section of the audience all waiting anxiously to support me. When my uncle Frank noticed me backstage, he caught my attention and we started to dance together, we went back and forth laughing and acting silly, enjoying each beat of the music. At that moment, any of my nerves had turned into pure excitement. This was my night, and no matter the outcome, I was happy to to enjoy it. My family  had come out from Winnipeg, England and Italy to come support me for this one night. They believed in me, and no matter what happened, they were proud. I was shot with adrenaline, I walked onto the stage for opening number thinking, “this is it”. I have dreamed of this day to come for so long and it was finally there. 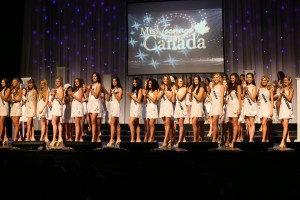 Top 20: When I was called into the top 20, I was so happy to be recognized. This allowed me to competed in the swimwear portion which was a lot of fun. Fitness and wellness is an important part of my life, and after hours of “sweating it out” at the gym it was fun to go on stage and feel like a model. I later found out that I had been fast tracked into the Top 20 for swimwear, as much as fitness is important to me, I was incredibly surprised! Check out the the swimsuit segment here, I am featured at 6:45: https://www.youtube.com/watch?v=6jez3z9kc-U 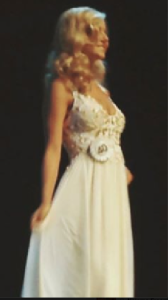 op 10: Next, I was called into the Top 10 and it was incredibly exciting! It was time for evening gown to begin and I finally had my dress ready. About an hour before the finals night began I had tried on my evening gown and realized that it was about an inch too long. The options were to either leave it up to luck and pray that I won’t trip, or, to attempt to trim it myself and play it safe. To save the potential embarrassment, I grabbed a pair of scissors and asked two of my friends to hold the dress while I trimmed along the edge, which seemed as though it was a kilometer of fabric. So, backstage before evening gown began, all I had to worry about was to smile and enjoy my time on stage feeling like a princess.

Top 5: I was called last into the Top 5 and it was almost impossible to keep my excitement in. I wanted to scream, cry and smile, thankfully I only stuck with smiling when on stage. I went backstage and realized my roommate had made it in the Top 5 as well, we jumped up and down and screamed. This was it, we had all made it so far. We then competed in onstage questions, which was definitely my favorite portion of the pageant. As nerve racking as it can be, I promised myself that I would answer genuinely and be myself, there was no need to be nervous. Here is a home video of my answer: https://www.facebook.com/video.php?v=719136084807527

The last few moments before the crowning.

The final moment: Fourth runner up had been named, then third, then second, and I was left to the final two. I was holding hands with Chrystalle Omaga, and I held my breath. Miss Teenage Canada was about to be chosen, and at that moment, which felt more like an eternity, I looked back on my entire experience with the pageant. I knew I had done my very best, and what ever would happen I was so proud. Then it was announced, “Francesca McFadden is your next Miss Teenage Canada 2014!”. I finally breathed. The moment my name was called as Miss Teenage Canada 2014, I was in utter shock. Although I had imagined that moment 100 times over, the actual moment of winning was far beyond my expectations. I felt inspired, and I didn’t think it was possible to be able to inspire yourself. My passion and hard work had all come to this one moment, on July 26th 2014 I achieved my dream.  Check out the video of my crowning: http://genesismultimedia.tv/mtc2014/mtc2014crowning.html 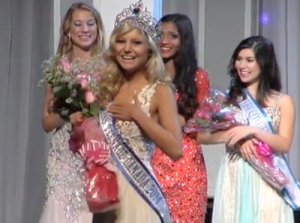 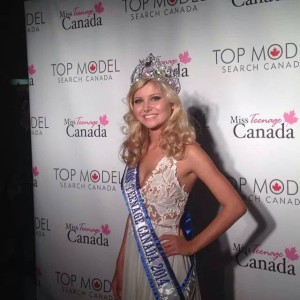